Disneyland theme park is the ultimate fantasy land, and like any dream world, there are many facts about Disneyland that have become warped, distorted, or embellished beyond all reason. Knowing the true facts and trivia about the park, however, can help guests understand the richness of the park's history, design, and creativity, thereby enriching their theme park getaway.

To find accurate, truthful facts about Disneyland, prospective guests should consult several reputable sources. The official Disneyland website is a good place to start, and many fan websites and forums have additional trivia, FAQs, and obscure facts. Travel guidebooks are one of the best sources of verified information, and many guests can accumulate their own repository of facts through frequent visits, observations, and experiences in the park.

The facts listed below have been culled from reputable, verifiable sources and were accurate when this article was written.

The history of the Disneyland Resort is well documented.

The geography of Disneyland is easy to find facts about.

There are hundreds of both popular and little known facts about the Disneyland park. 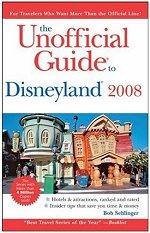 Behind the Scenes Facts

There is far more going on at Disneyland than what regular guests can see.

These are just a few of the more intriguing facts about Disneyland. Sharing trivia is a great way to revisit memories or get excited about an upcoming trip.