If you have ever seen the enormous Disney World complex in Orlando, you may be wondering about its history and how it came to be. It is a story of a man with a dream and a vision for the perfect theme park.

The story of Disney World actually begins with Disneyland in California. Walt Disney had visited amusement parks in the 1920s and '30s and he wanted a place where the whole family could enjoy a magical experience while feeling safe.

His original idea was to develop eight acres next to the Burbank Studios, but World War II put his plans on hold. He continued to develop his ideas and soon realized that the small parcel of land was clearly not enough. Ultimately, he found the 160-acre parcel that was developed in 12 short months into the Disneyland Resort in Anaheim, California.

Walt Disney started planning Walt Disney World in the early 1960s to give the Eastern United States the same joy he brought to California. The team at Walt Disney Imagineering (then WED Enterprises) decided on Florida since it offered weather that supported year-round operation, and it ranked first in tourism at the time. They narrowed the search to Orlando primarily due to the availability of land which also happened to be at the crossroads of major traffic arteries.

Walt Disney quickly began buying land in secret, with speculation that everyone from Howard Hughes, Ford Motor Company, or even the Kennedy Space Center were behind the purchases. A reporter for the Orlando Sentinel had suspicions it was Walt Disney and released a story based on non-responsive answers from Disney employees. Once Walt arrived in town and announced his plans, property surrounding the park began getting gobbled up as hotel chains and restaurateurs recognized the future potential. 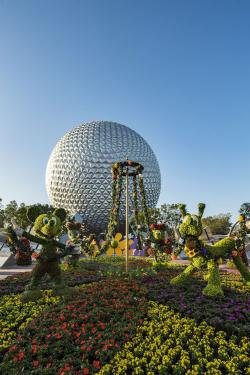 In exchange for bringing economic development to central Florida, the governor gave Disney permission to establish his own autonomous quasi-government. This gave him full control over things like building codes, zoning, and planning. The initial development was called the Reedy Creek Improvement District, which included two cities inside the district: Bay Lake and Reedy Creek (renamed later to Lake Buena Vista).

One of Walt's plans was to preserve the nature environment in his park. At the time, he set aside over 7,500 acres that would not be developed, and are known as the Wildlife Management Conservation Area. Today, around half of the 30,000 acres at the resort are conservation lands, water bodies, and other green spaces that will never be developed.

And, because Walt Disney World was to be built on swamp land, it took some creative engineering to make it work. They made a huge mound of dirt from what was excavated to make room for the Seven Seas Lagoon, and then built the theme park on top of it. Technically, that means you're walking on the second floor when you enter the park. The first floor is filled with tunnels and buildings-the ideal way for cast members to move around the park without being seen.

Unfortunately, Walt Disney died in 1966, before construction commenced on the Florida Project, or what would come to be known as Walt Disney World. Fortunately, his brother Roy E. Disney took over and helped see the project to completion.

To be the self-sufficient city that was envisioned by Walt, the park built its own energy plants, food center and laundry to handle the needs of everyone at the park. It even had its own airstrip, which granted Shawnee Airlines the exclusive contract to fly commuter planes from Orlando Airport to Walt Disney World.

By the time the Magic Kingdom was ready to open, more than 9,000 construction workers spent 18 months to build the $400 million theme park (roughly equivalent to $2.4 billion in 2017 dollars).

The Opening of Walt Disney World 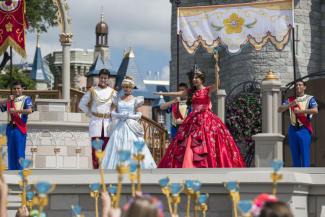 Walt Disney World opened to the public on October 1, 1971. They purposely picked a slower season to allow them to solve problems before more people arrived. They anticipated more, but opening day only saw about 10,000 visitors. The first few weeks had modest, but not staggering numbers. This all changed, however, on the day after Thanksgiving in 1971. Crowds started pouring into the park and eventually they had to close the gates. Traffic was backed up for miles on the highway leading into the park. Walt Disney World was a success.

There were 23 attractions on opening day, three of which were unique to Walt Disney World: 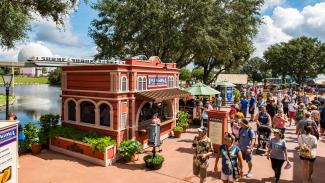 Here are a few interesting facts you may or may not already know about Walt Disney World.

Additions to the Park 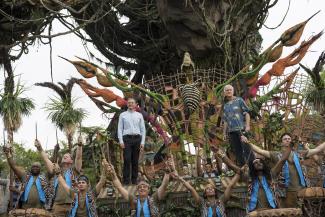 Dedication of Pandora - The World of Avatar

Walt Disney World started with the Magic Kingdom park, which closely resembled Disneyland in California. From there, the resort began to grow and continues to receive updates, new attractions, and even new lands.

In Search of the Perfect Resort

Disney World represents the realization of Walt's vision for the perfect resort, striving for an unsurpassed family experience. While the vision is timeless, the story will never be complete. The expansive park continues to evolve with new adventures and attractions being built all the time.